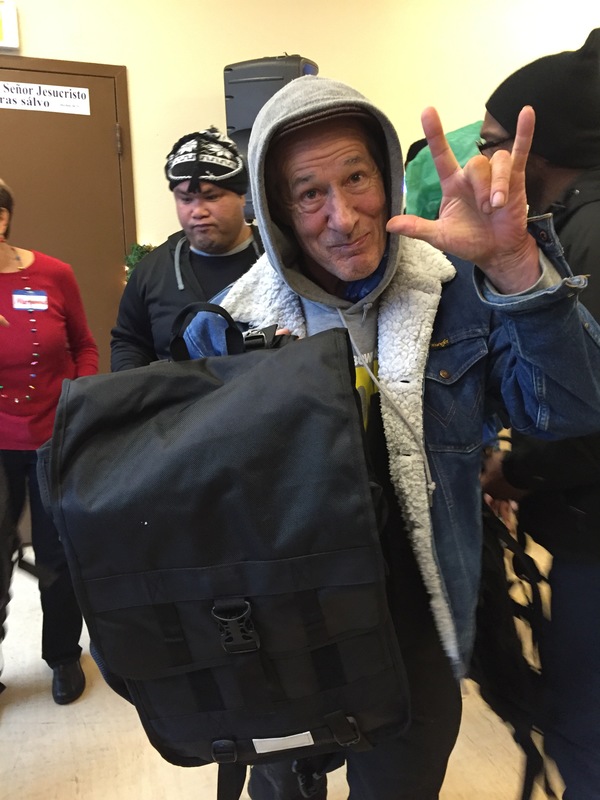 The Union Gospel Mission Portland, OR

400 Citypaks arrived at the Union Gospel Mission to be given to those who are homeless or living on the streets   Beaverton Foursquare Church donated items such as warm gloves, hats and socks to place in the backpacks We worked together with those in the LifeChange© program at the Mission Guests were served a wonderful dinner at the Union Gospel Mission on December 12th, then received a Citypak on their way out.  There were four meals and our guests who attended the dinners were overwhelmed when they received the Citypaks.  Many of them were carrying ripped bags or had their belongings in a large black garbage/leaf & garden bag and transferred their belongings as soon as they were able.  The ponchos in the backpacks were greatly appreciated as it was raining hard, as it often is in Oregon.  It is an honor to partner with Citypak in providing these wonderful backpacks to people in such desperate need.  We were also able to let many people from other organizations know about Citypak and this wonderful opportunity to help others.